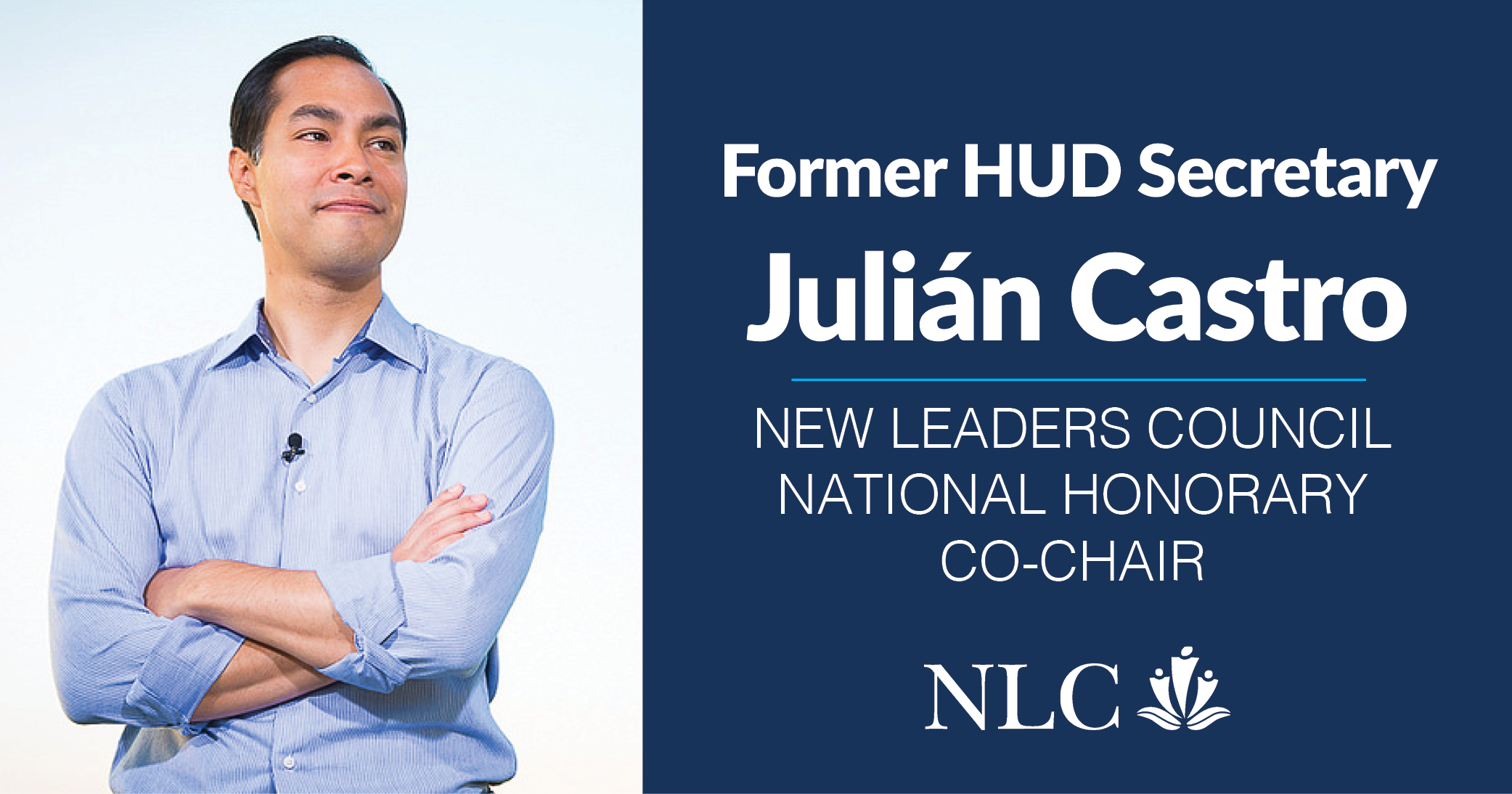 There is no better mentor and advocate for young progressives than Secretary Julián Castro. Secretary Castro works each day to support and lift up the next generation into leadership roles on the municipal, statewide and national levels. The NLC community and it's nearly 7,000 fellows are thrilled to learn from this public servant and dedicated leader.

Secretary Castro says “The millennial generation is poised to have an enormous impact on America’s future – from politics to business to social change – and if we are to enjoy a more progressive and equitable future we must provide them with the tools to affect that change. New Leaders Council is developing millennial leaders into forces of change in their communities, giving them the skills needed to create greater opportunity for all Americans. I am honored to join the New Leaders Council team as an Honorary Co-Chair to help foster the talent among emerging leaders and mentor folks across the nation in their efforts to build a nation that works for us all.”

Secretary Castro served as the 16th Secretary of Housing and Urban Development under President Barack Obama, where his policy achievements include instructing the Federal Housing Administration to lower mortgage insurance premiums, making homeownership more affordable for responsible families; releasing the Affirmatively Furthering Fair Housing Rule to fulfill the full promise of the Fair Housing Act, helping families access strong neighborhoods with housing choice vouchers and empowering local leaders with new tools to invest in their communities. Now Secretary Castro is focused on next-generation progressive leaders, having launched Opportunity First PAC earlier this year. Opportunity First is working to build and support a nationwide bench of young, progressive Democrats through investing in talented candidates on the local, state and national levels.

We're thrilled to welcome Secretary Castro to the #NLCFamily.